Catfish in the Susquehanna River 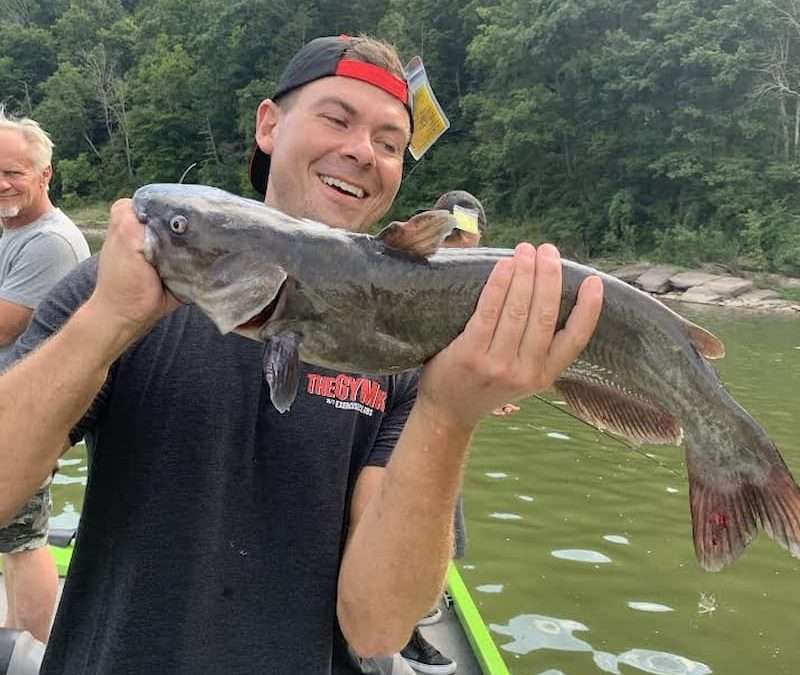 The channel cat loves current and can be caught up to 15 lbs and over 30 inches. In the cooler months they can be found in the larger pools and will spread out in warmer summer weather in search of breeding areas as well as food. Although many anglers target these fish at night they can be caught during daylight. Channels will readily eat any cut bait as well as chicken liver and a variety of stink baits. The cats will also eat live bait such as bluegill and chubs and shiner.

The flathead catfish is also thriving and making its way up the North Branch of the Susquehanna River.   The Flathead is the largest of the cats in Pennsylvania. They are more nocturnal than the Channel Cat and usually prefer live prey. They are found in the deeper holes and are more solitary than their cousins the channel catfish except during the spawn.

The brown bullhead and the yellow bullhead are the most widely spread cats in Pennsylvania. From farm ponds to large rivers they thrive in PA waters. The yellow is slightly larger growing to about 18 inches as compared to a max of about 14 for the brown. They also prefer to feed at night and many anglers use worms or cut bait in their efforts.

Madtoms are a group of small catfish 6 of which we have in Pennsylvania that have a classification of their own. The largest is the Stonecat and another plentiful species is the Margined Madtom both can sting if handled improperly using its pectoral spines on either side of the body. The Stonecat usually will only grow to about 8 inches. These cats were widely used as bait for smallmouth and were caught by flipping rocks and feeling on the underside of the rock for movement and cupping against the rock. (Its a lost art)