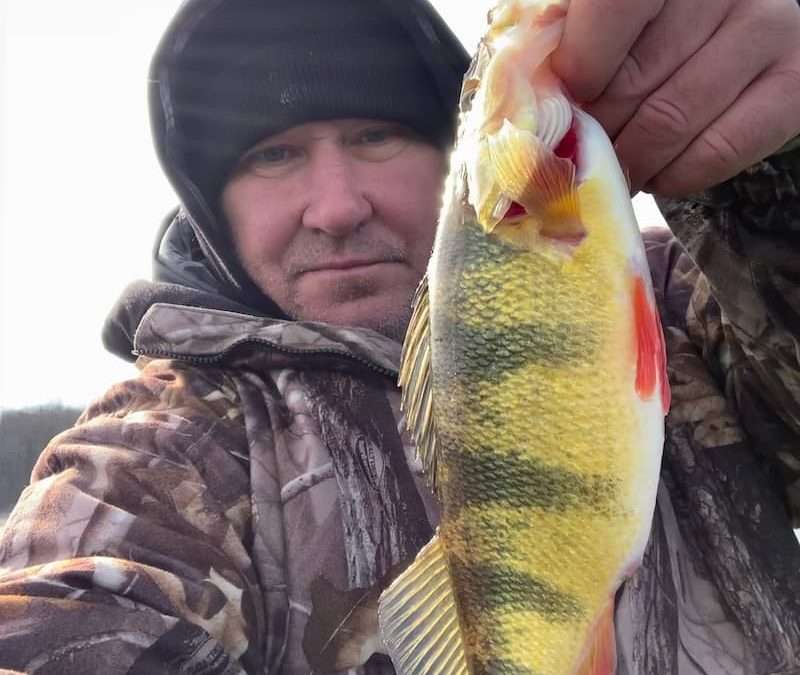 Most People know Lake Wallenpaupack for its bass fishing or striped bass fishing but perch is the second most abundant fish in the Lake only behind the forage fish alewife. The perch in the lake grow quickly and can reach up to 16 inches but 14 inch fish are common and 12-13 inch fish are abundant. Younger fish mainly feed on aquatic insects but as they grow they turn to the abundant alewife population as there primary food source,

On this day in the beginning of february the area I fished is a known hotspot to many ice anglers, The perch were in 25-30 ft around submerged timber and were actively feeding on alewife in the early morning. By mid morning we switched to smaller VMC Tubby Jigs and managed to consistently put fish on the ice. At this point the fish were not traveling and you had to hole hop to be consistent.

Colder water months these perch will school up in large schools and ambush there prey around ledges and submerged timber. Locating can be tricky but there are many areas that fish pull to year after year. Many perch will roam chasing/following bait along channel edges and can be caught along creek channel turns and other likely pinch points. 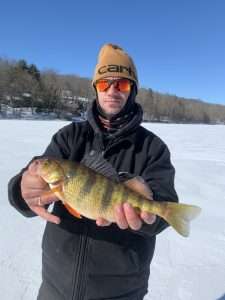